Are you an avid sci-fi film fan? Do you enjoy exploring visions of the future and the impact of artificial intelligence?

A.I. Tales, a sci-fi film distributed by Hewes Pictures, will premiere in Somerville Theater, Boston, through June 14, 2018, and on Amazon. The collection of sci-fi stories features world-renowned talent such as Pom Klementieff (“Guardians of the Galaxy,” “Avengers”), Eric Roberts (“The Dark Knight”), Neil Jackson (“Westworld”) among many others.

The sci-fi film comprises futuristic, high-concept stories with themes including artificial intelligence. Others explore love found in the time of over-population, the unknown and space travel. A.I. Tales, a sci-fi film with appeal for every fan of the genre, offers a unique experience and glimpse into the near future.

Titles include SEED by Nelson Lee, IN/FINITE by Kristen Hilkert, PHOENIX 9 by Amir Reichart, REDUX by Vitaly Verlov and JULIET by Marc-Henri Boulier. 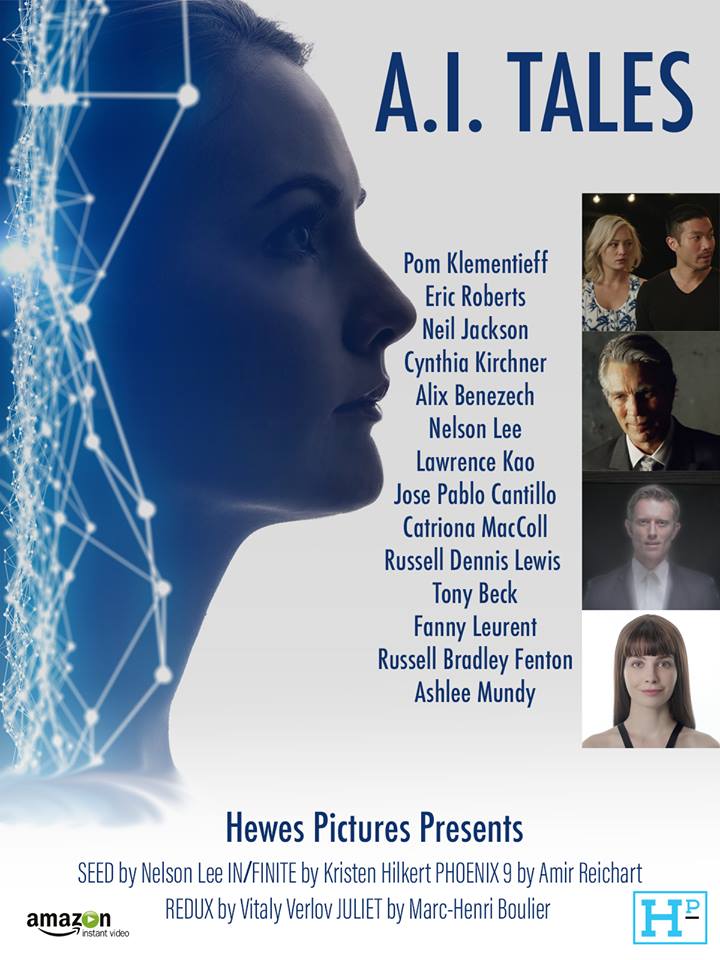 Hewes Pictures is the only short film distributor in the United States. The company’s acquired content often stars renowned actors including Eric Roberts and is widely accessible on various platforms.

For more information about advertising and sponsorship opportunities on Artsphoria Media Group publications and Artsphoria Shop, email Andrea at artsbiz@protonmail.com.